BSU and the Olympics: BSUers on and off the field

From April 1 to 10, the "Experience Beijing" series of winter sports test events started one after another. Behind the scenes of the events, students and teachers from BSU were everywhere, and their sweat was behind the successful conclusion of each test competition. 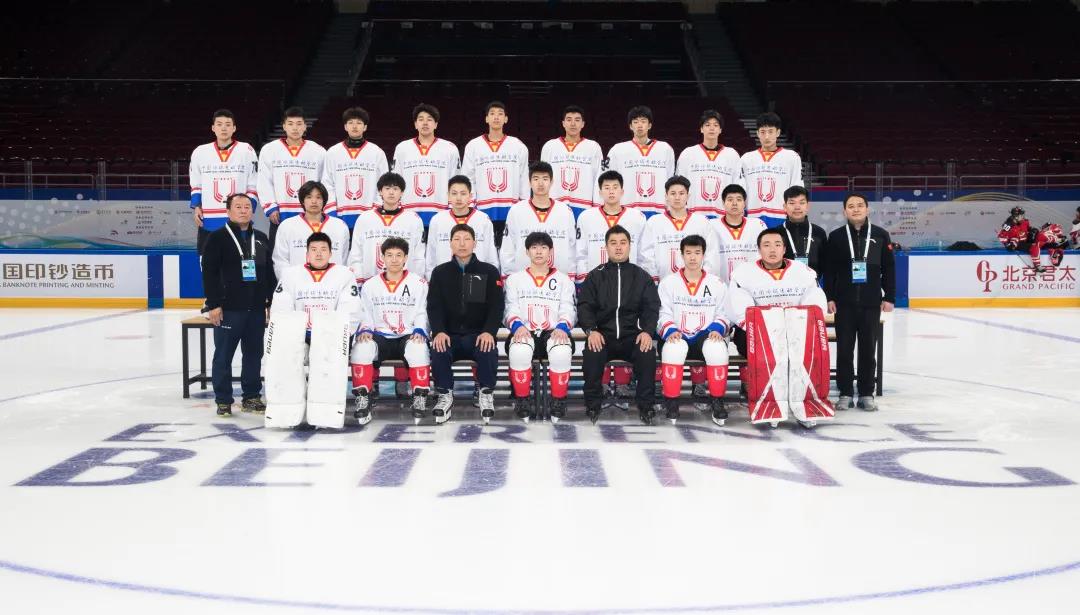 On 5 April, the ice hockey competition of the "Experience Beijing" winter sports test series was successfully concluded. The team members of the China Ice Hockey Academy actively participated and cooperated with each other to complete this high-profile event. 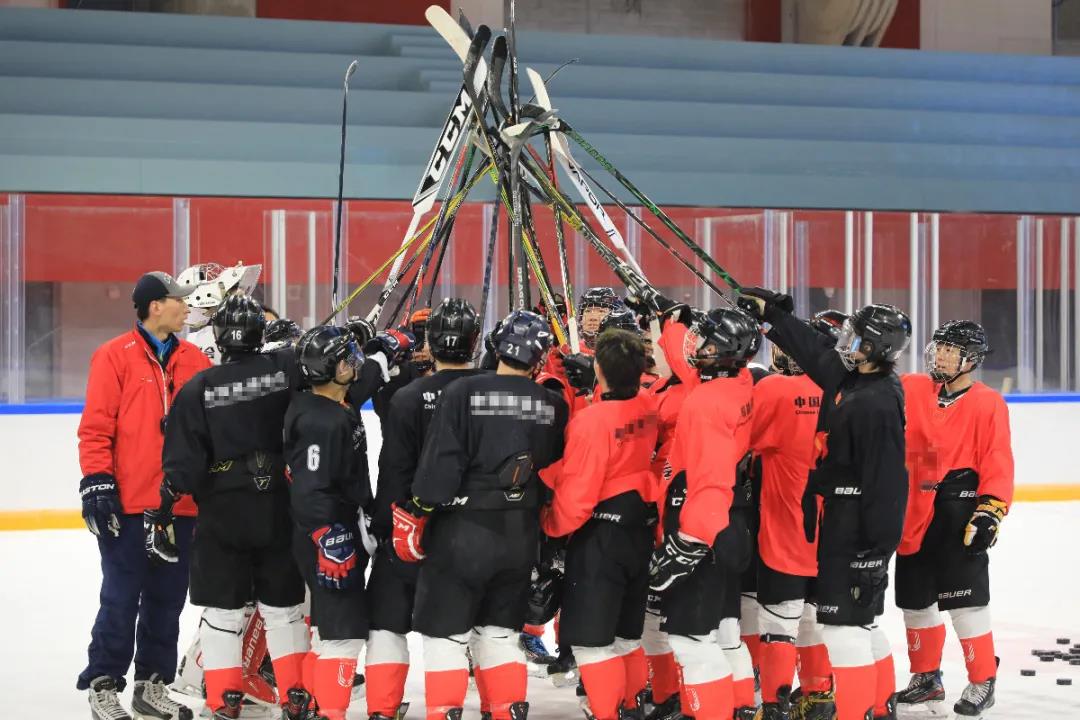 It is worth mentioning that, in order to increase the intensity and spectacle of the ice hockey competition, the International Ice Hockey Federation decided to change the 30 x 60 metre rink used in previous Winter Olympics to 26 x 60 metres, starting with the Beijing Winter Olympics. It was the 26 x 60 metre Olympic standard ice rink that the players experienced this time. 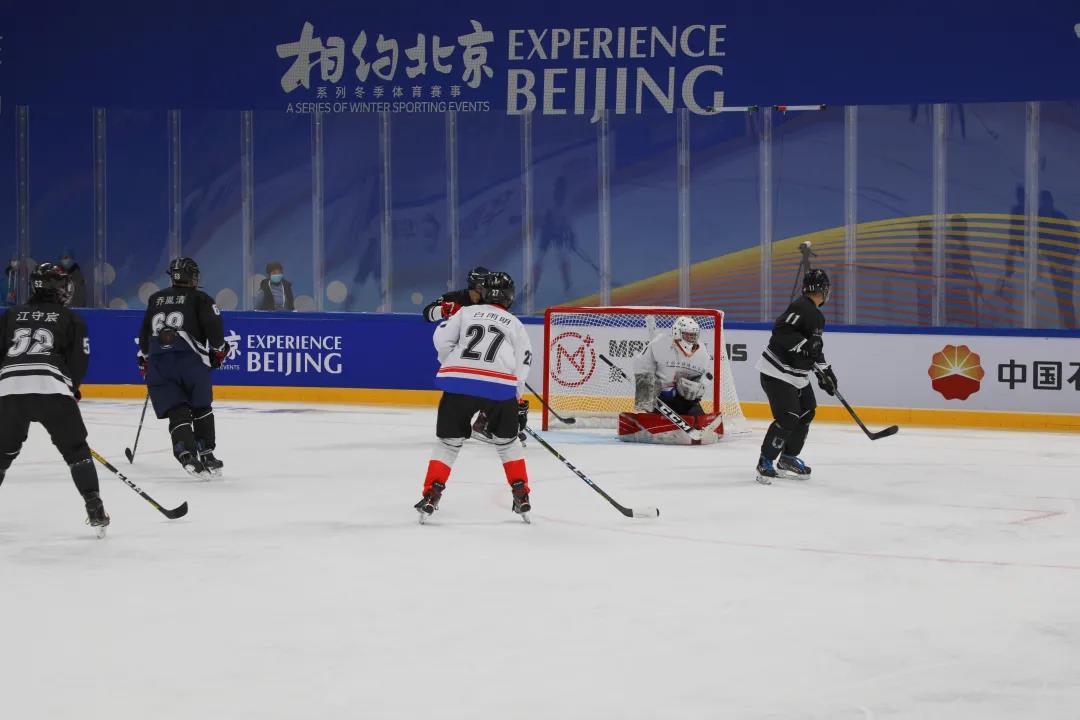 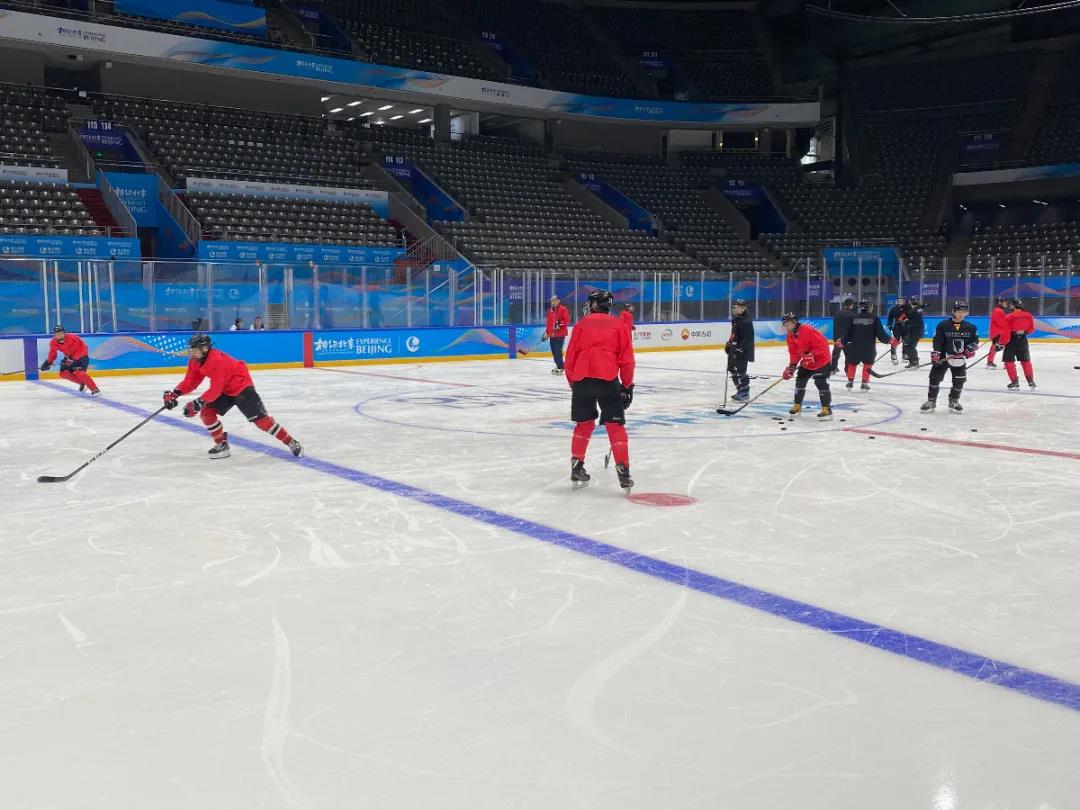 After the tournament, the organizing committee also organized a mock award presentation and allowed the players to accept media mixers and attend remote press conferences, giving them a realistic experience of the Winter Olympics atmosphere in a Winter Olympics venue and building up their Winter Olympics experience.

The players from the China Ice Hockey Academy said that as the first group to experience the Winter Olympics, they were very fortunate to be able to contribute to it and hoped that they would have the opportunity to help in the future. 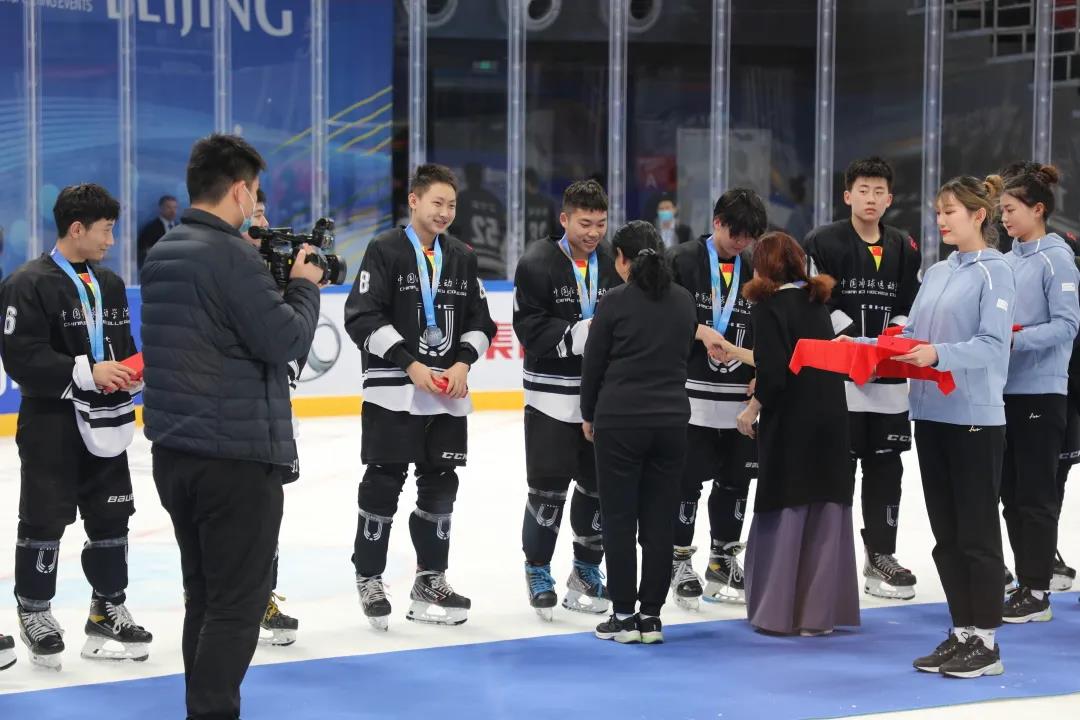 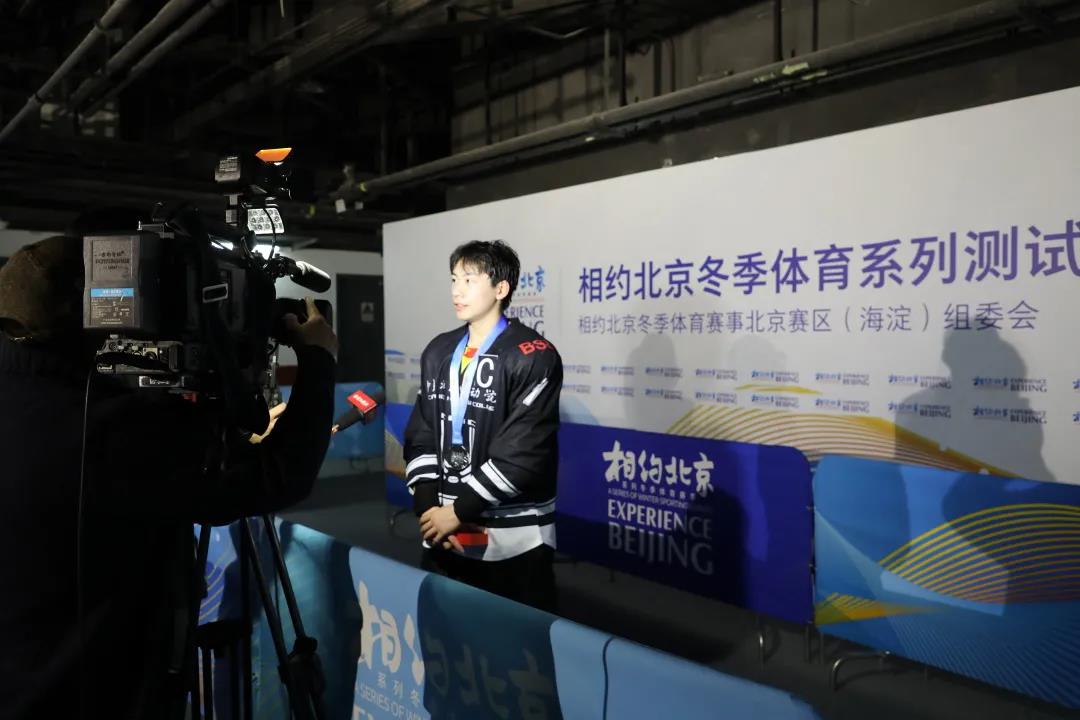 In addition to the young athletes from the school, 12 snow boys, selected and recommended by the school, also participated in the ice hockey competition. 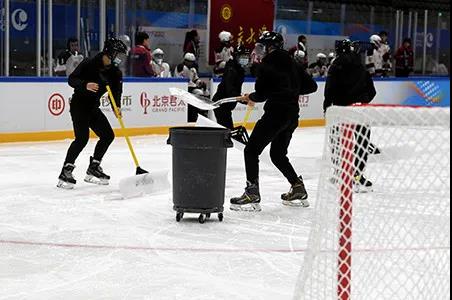 The snow boys were the "cleaners" on the rink, taking on the task of removing snow from the rink during the competition to ensure the normal operation of the event. After 14 minutes, 10 minutes and 6 minutes of each game, as soon as the referee gives the instruction to suspend the game, they will go on the ice and clear the snow in an orderly manner, quickly clearing every corner of the ice rink within the 70 seconds countdown. The entire game usually involves nine snow removal sessions. After registration, professional training and rigorous selection, the students of the China Ice Hockey Academy became the first group of snow boys to serve at the Winter Olympics. The snow boys also needed to be highly qualified and had to go through four basic skills tests, including "fast skating", "skating agility", "skating agility and ball control" and "skating stamina", are required before they can start.

Cui Meilin, 18, is a member of the school's China Ice Hockey Academy youth training team and has been practising ice hockey for 10 years since she was eight years old. “Before this tournament, there was hardly any snow boys in China, so I was curious and found it interesting when I signed up for the job. When we were training and working, the main ice technician also told us to have fun and enjoy skating on the ice, not to think of it as a particularly hard job." 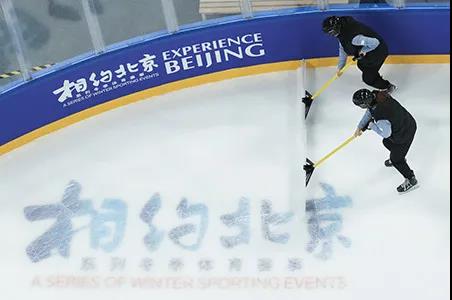 Seventeen-year-old Li Jinxi remembers what it was like when she first started working as a snow boy: "Because there were very few opportunities to be a snow boy in China, we didn't have any experience at all, and at first the snow pushers and shovelers always didn't work well together and there were always leaks. We then went to watch some of the top foreign tournament videos ourselves to learn, imitate, and then practice." Li Jinxi said, snow boy is a "sacred and serious" work, which cannot be sloppy.

Every day before the game, when the athletes start to warm up, they have to go to the field. After the athletes warm up, they have to collect the ball. They also have to keep an eye on the snow on the field during matches. "I remember the longest day of work, we took on the bus to the stadium at 6am, the latest game opened at 9:10pm and only finished at 11pm, we finally cleared the snow and then took the bus back to the hotel when it was already early the next morning." 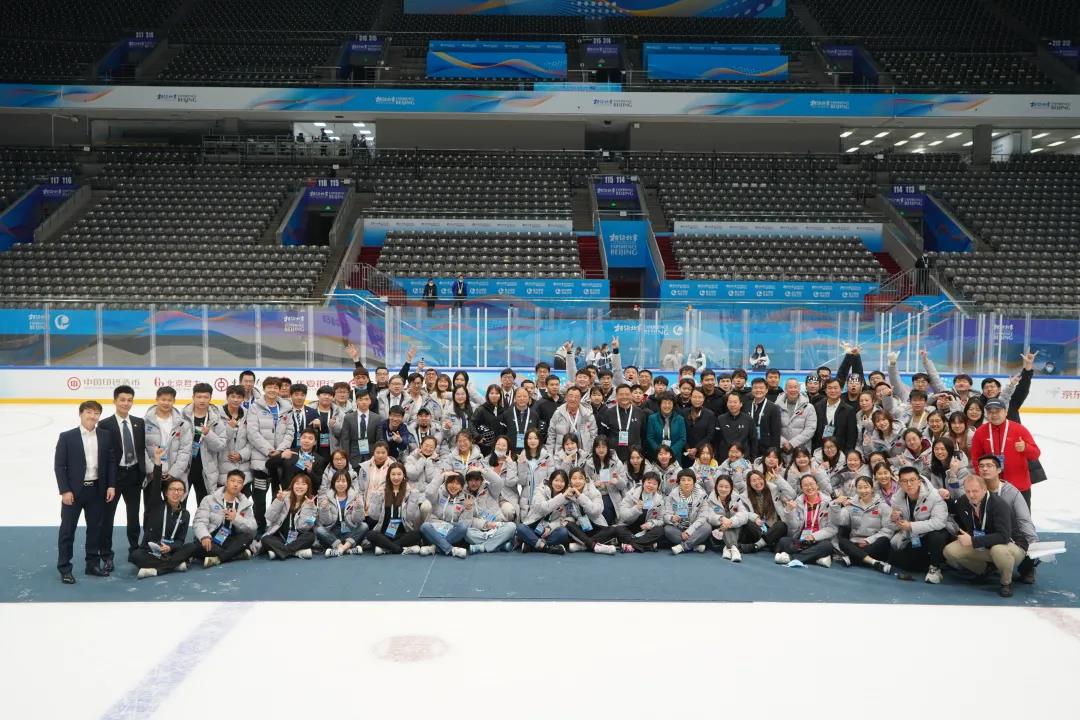 A push and a shovel, the seemingly mundane work also contains great dreams, and these contributors also deserve our shout. 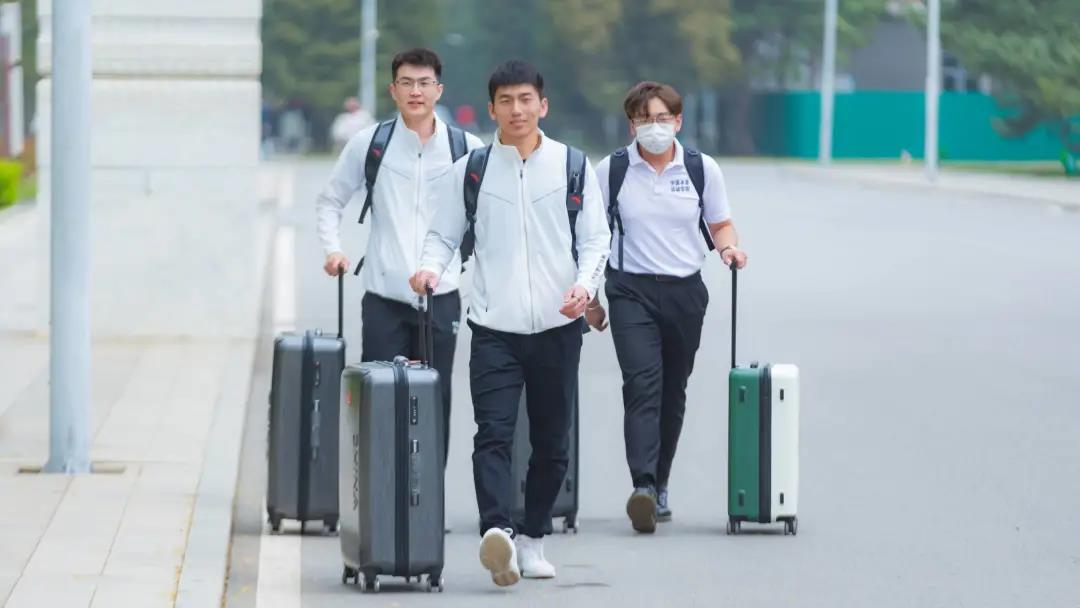 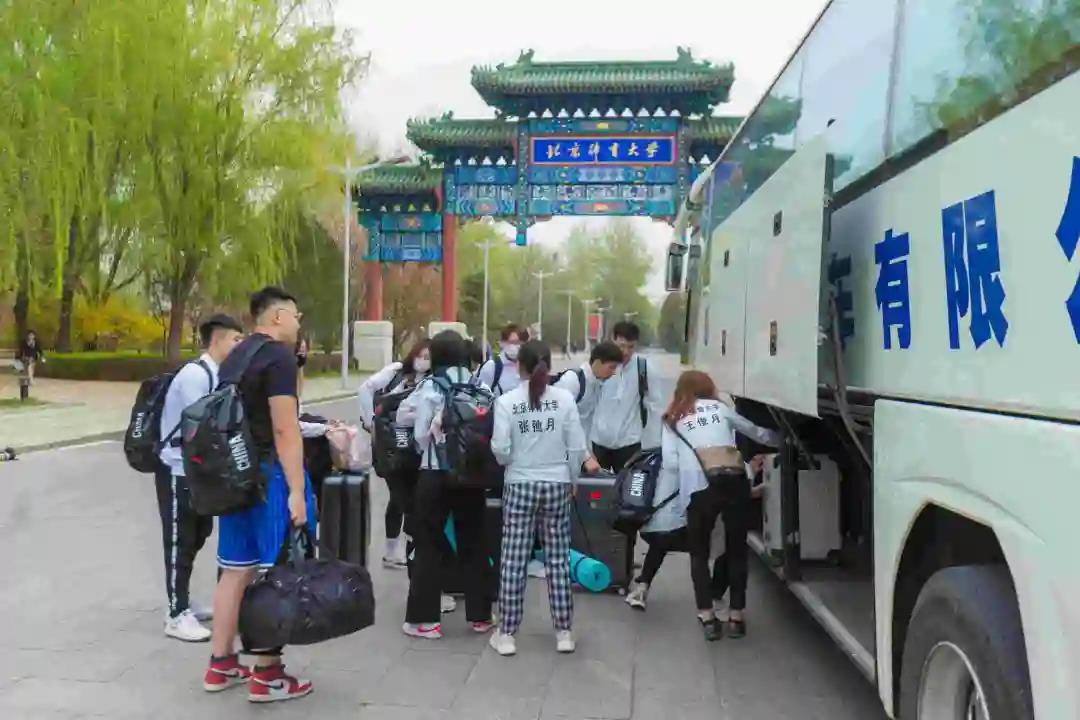 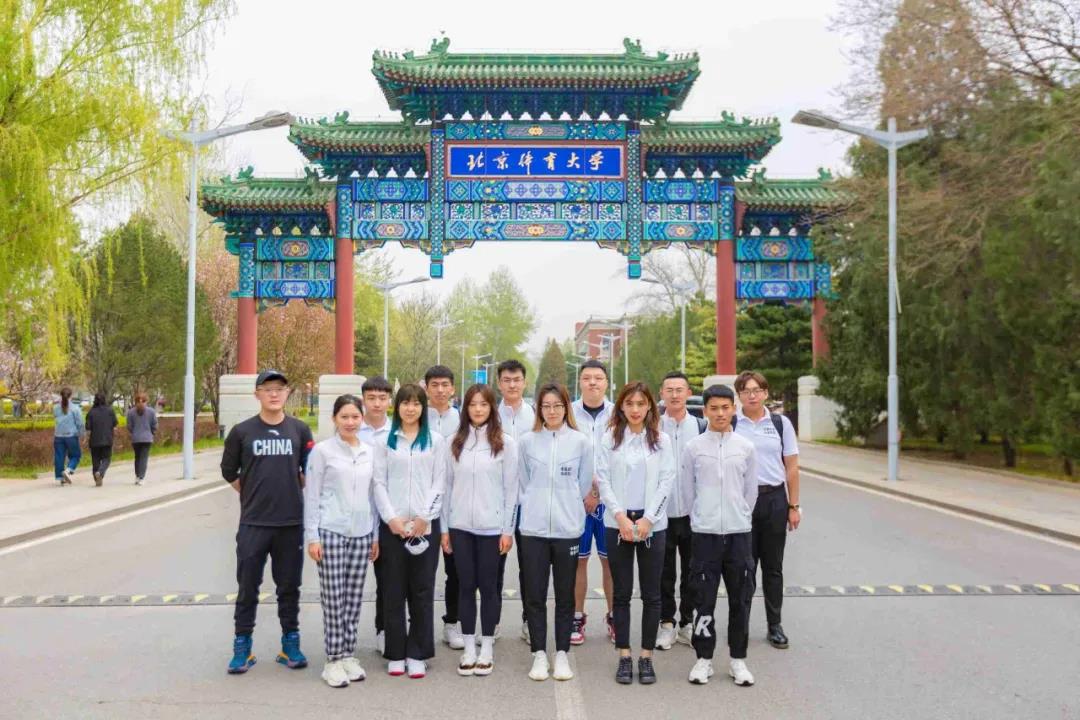 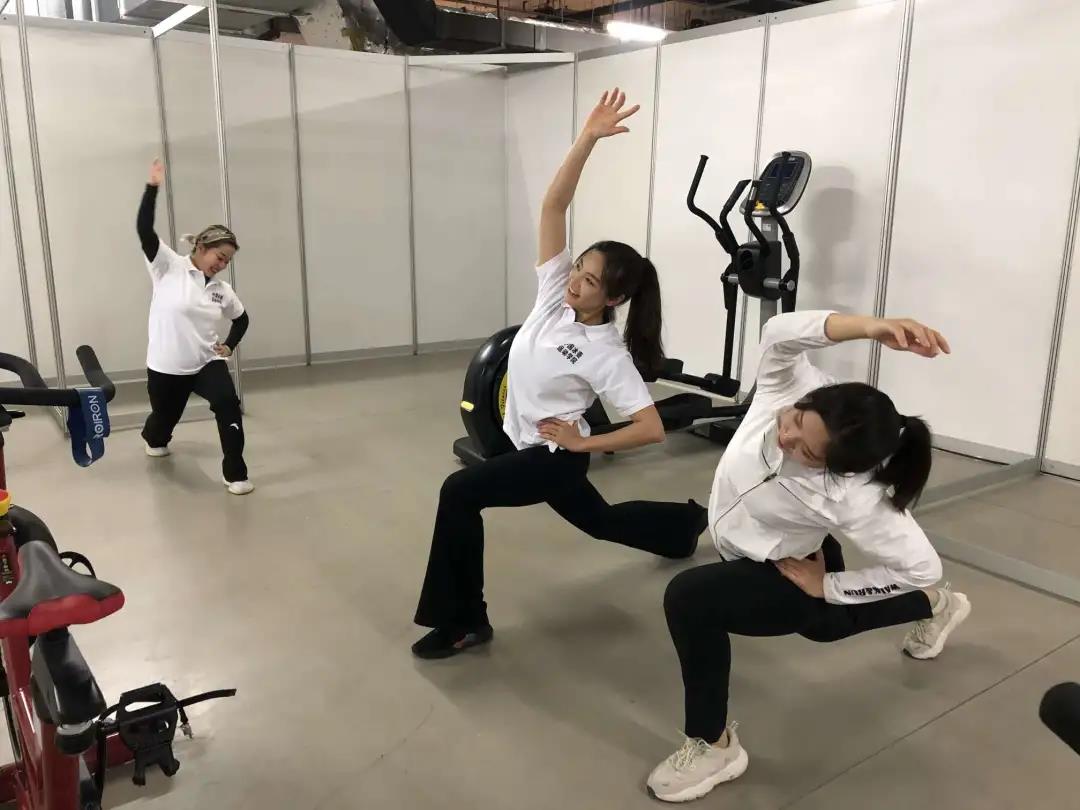 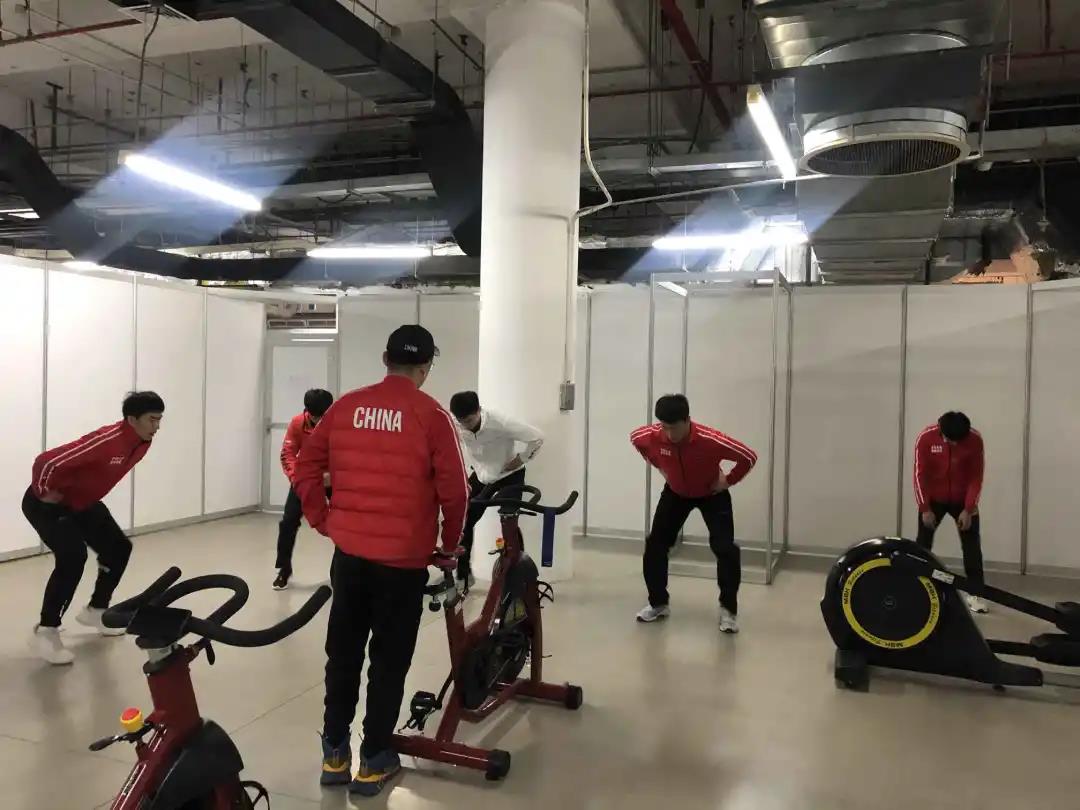 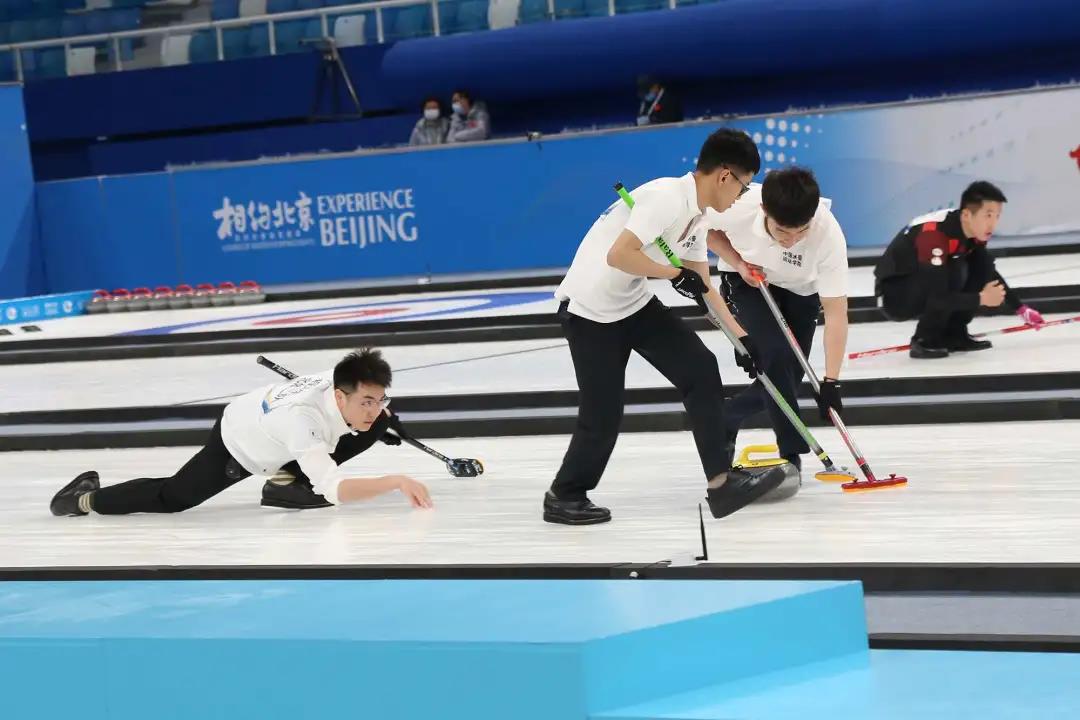 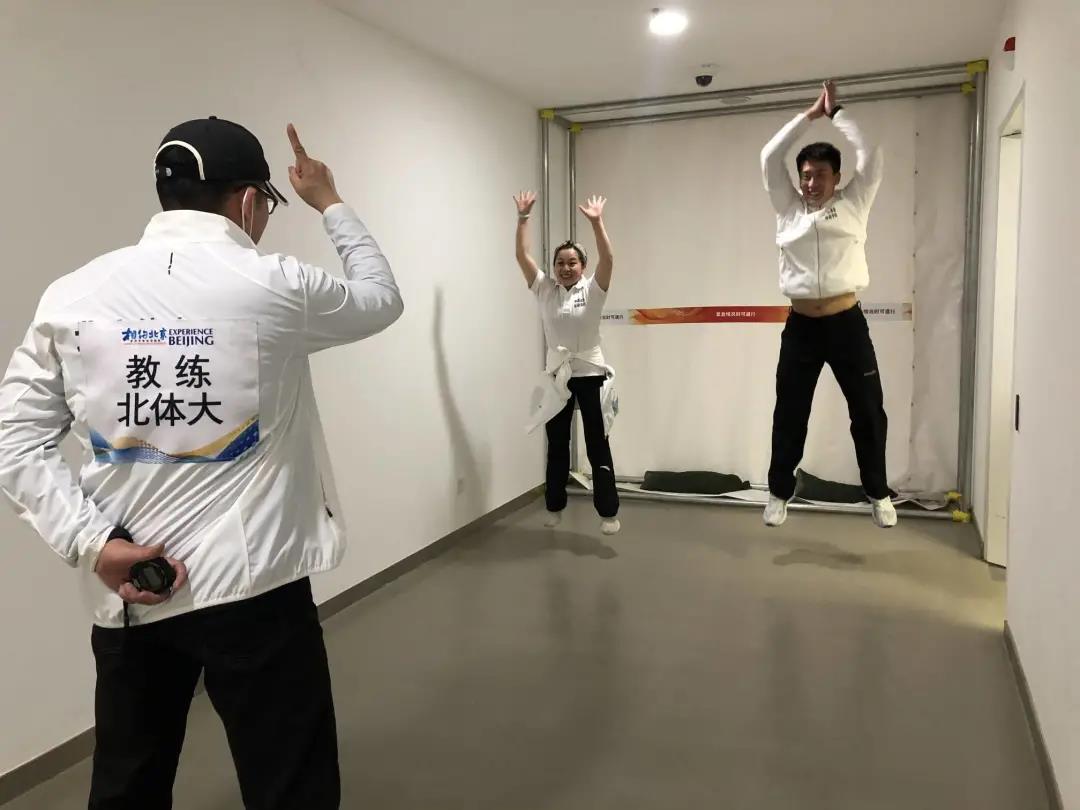 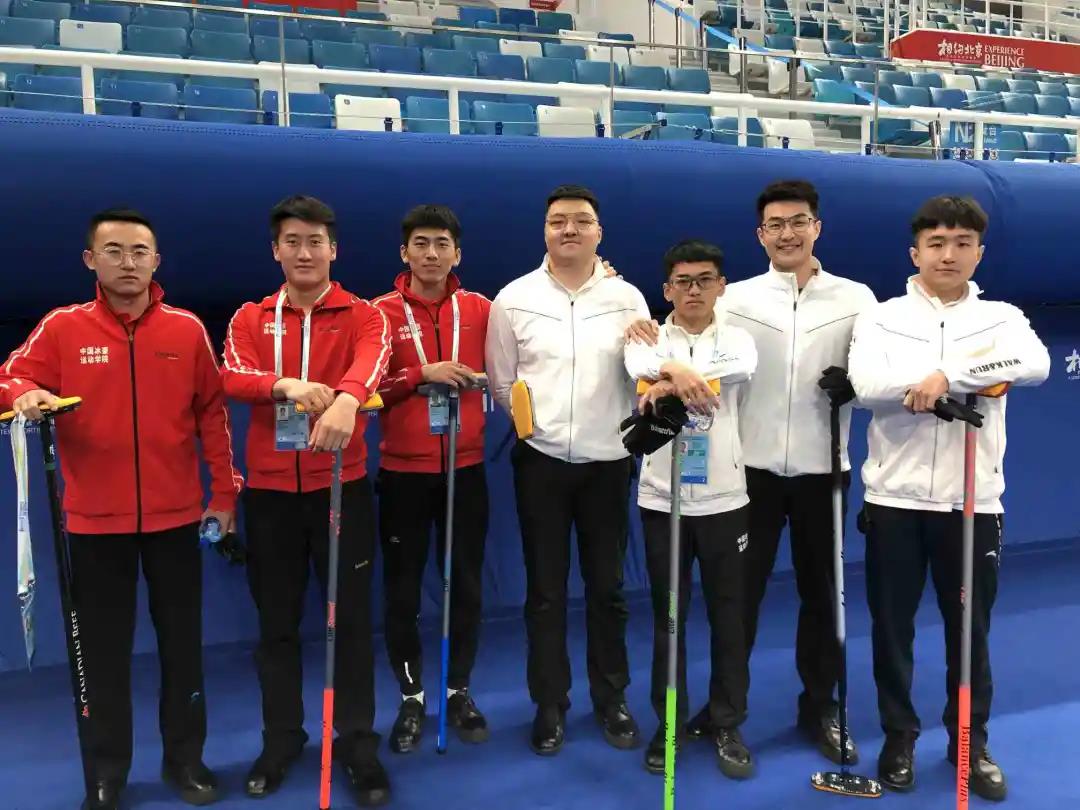 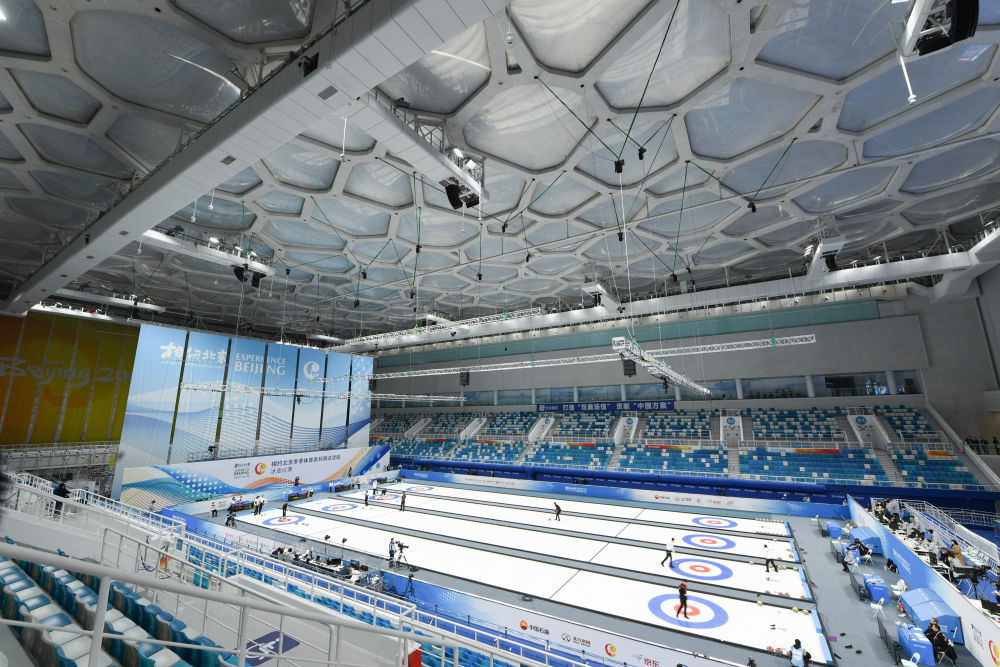 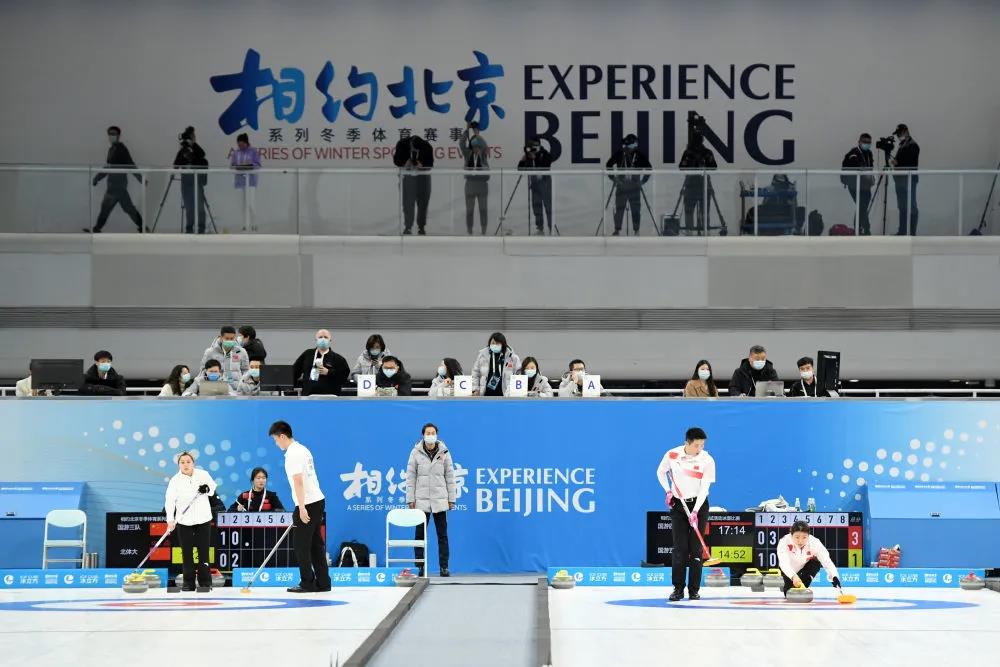 The Beijing Sport University curling team finished second in women's curling and third and fourth in men's curling after 10 days of fierce competition in more than 20 games. 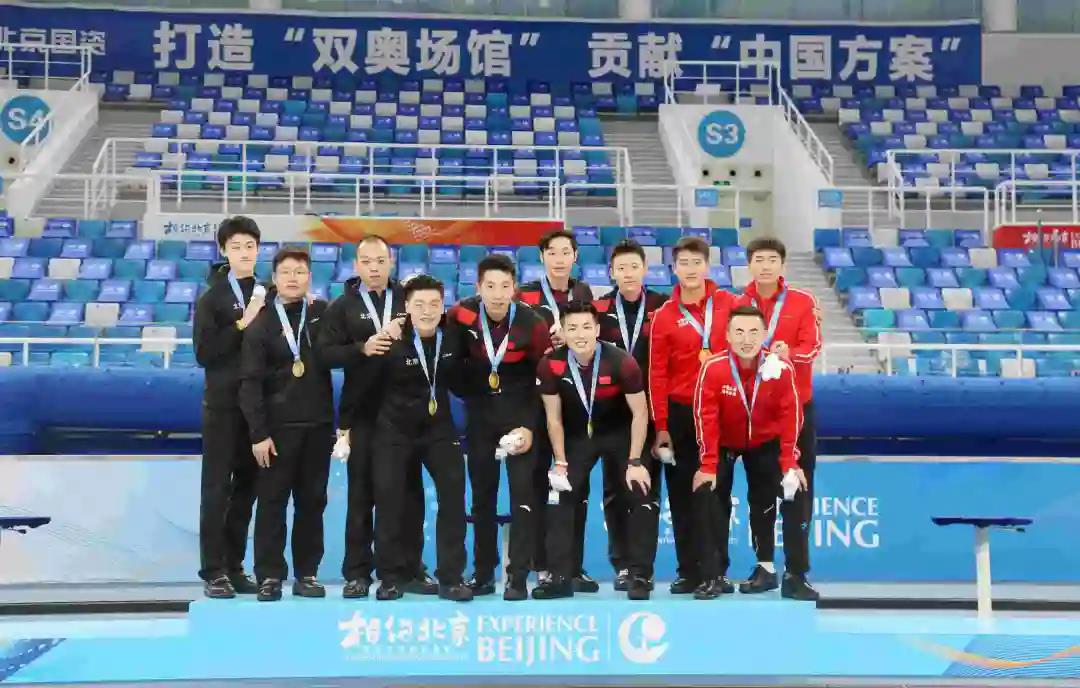 In an interview with reporters after the tournament, the BSU Curling Team said, "Being able to participate in this event is not only practising the mission of youth to serve the country, but also helping the Beijing Winter Olympics. We thank the school for its strong support and the organising committee for providing such a professional platform for the event, and hope to continue to contribute our youthful strength to the 2022 Beijing Winter Olympics."

In this ice event test activity, 45 BSU volunteers are basically the backbone of the school. They vividly interpreting that "volunteers' smile is the best business card of the Olympics". 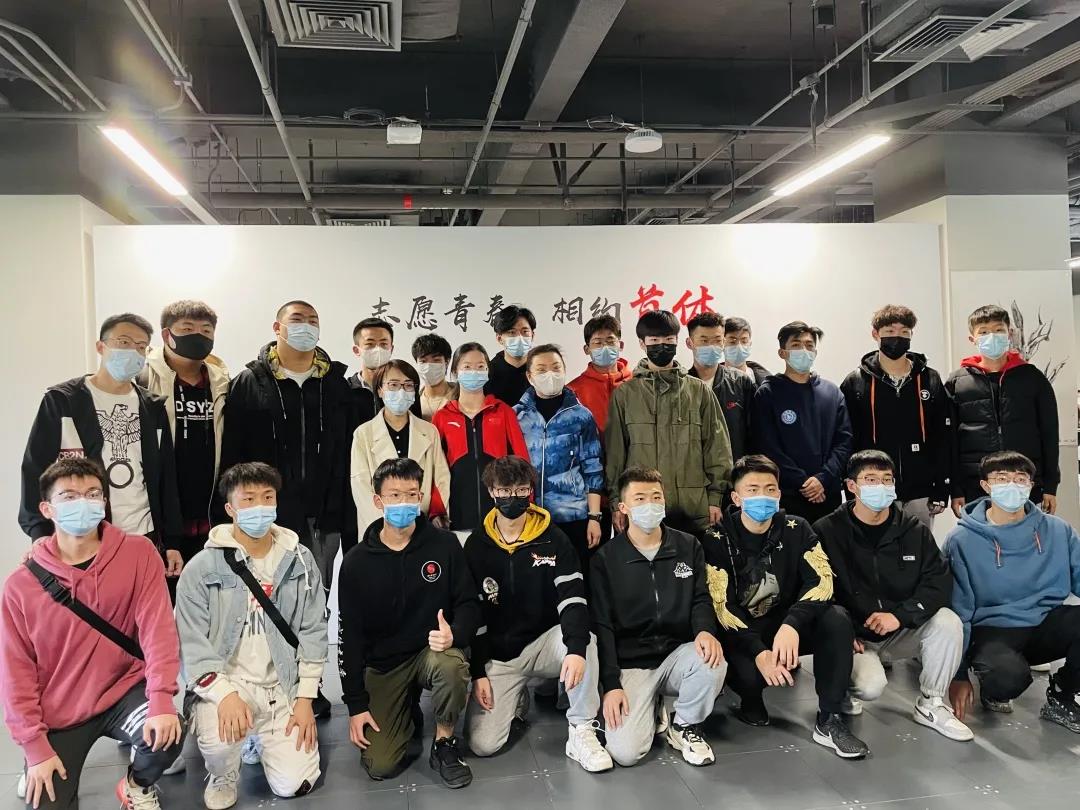 The BSU volunteers underwent training from March 21 to March 31. Through the training, they learned relevant professional knowledge and the Olympic spirit in a more systematic way. The volunteers said that they would serve the country and the Winter Olympics with a high sense of responsibility and mission. 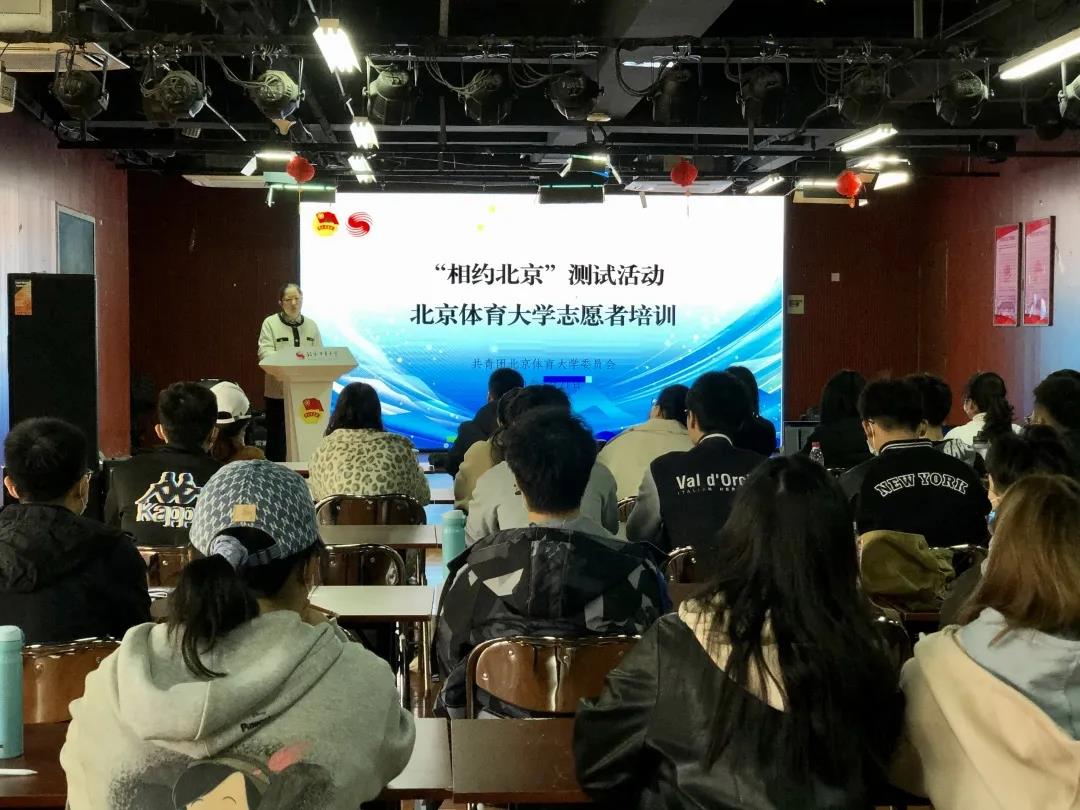 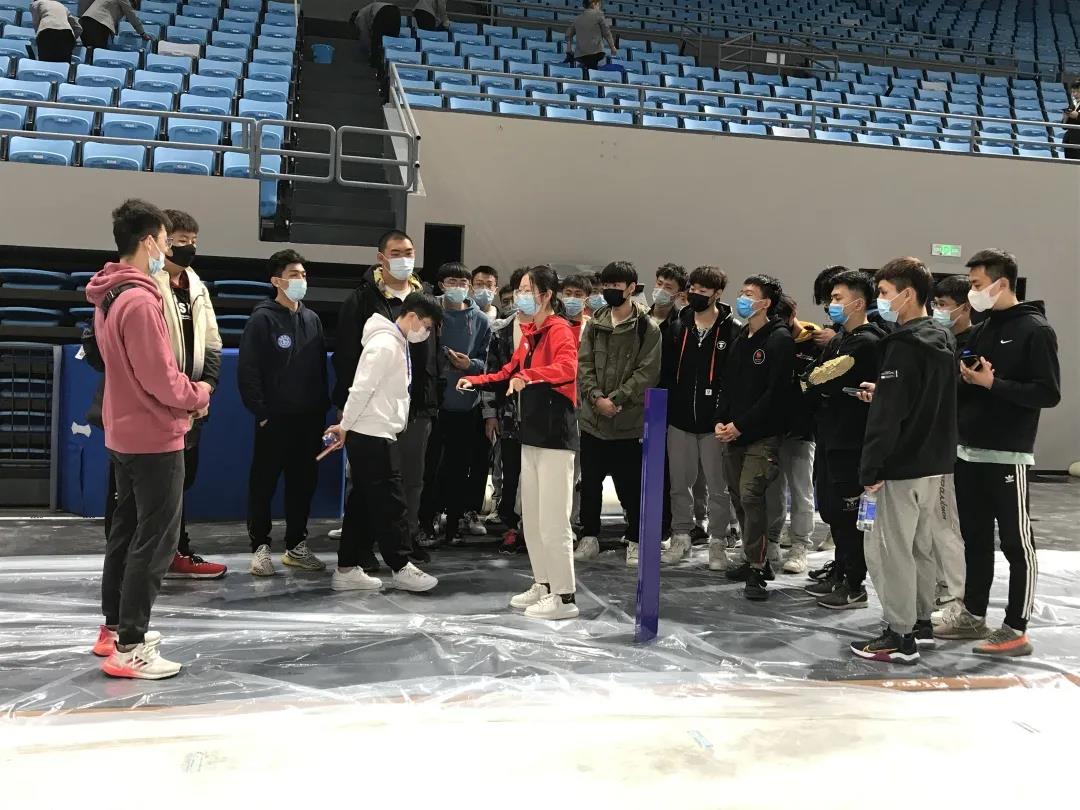 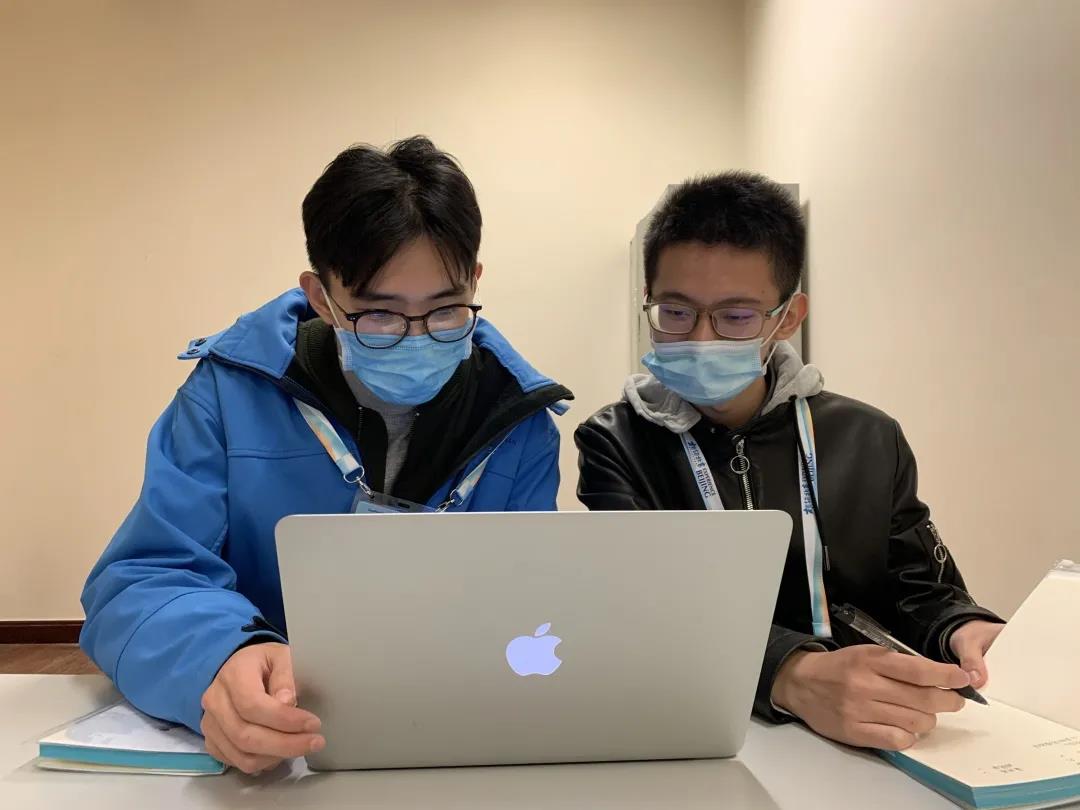 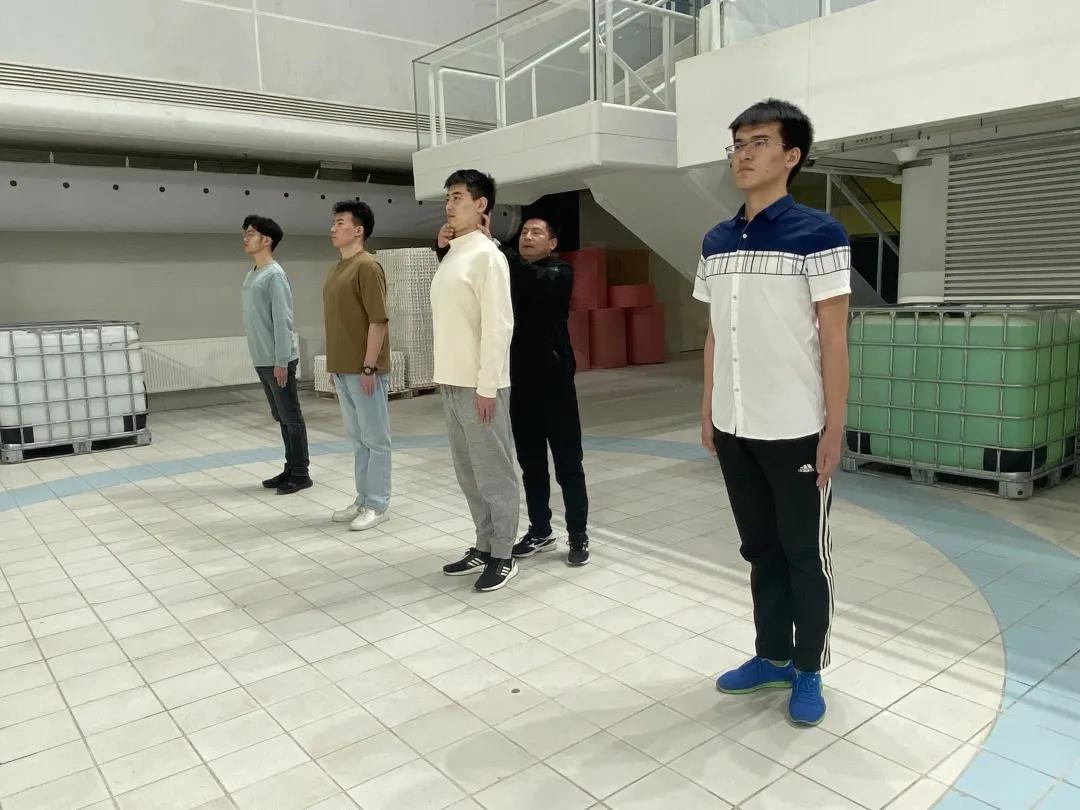 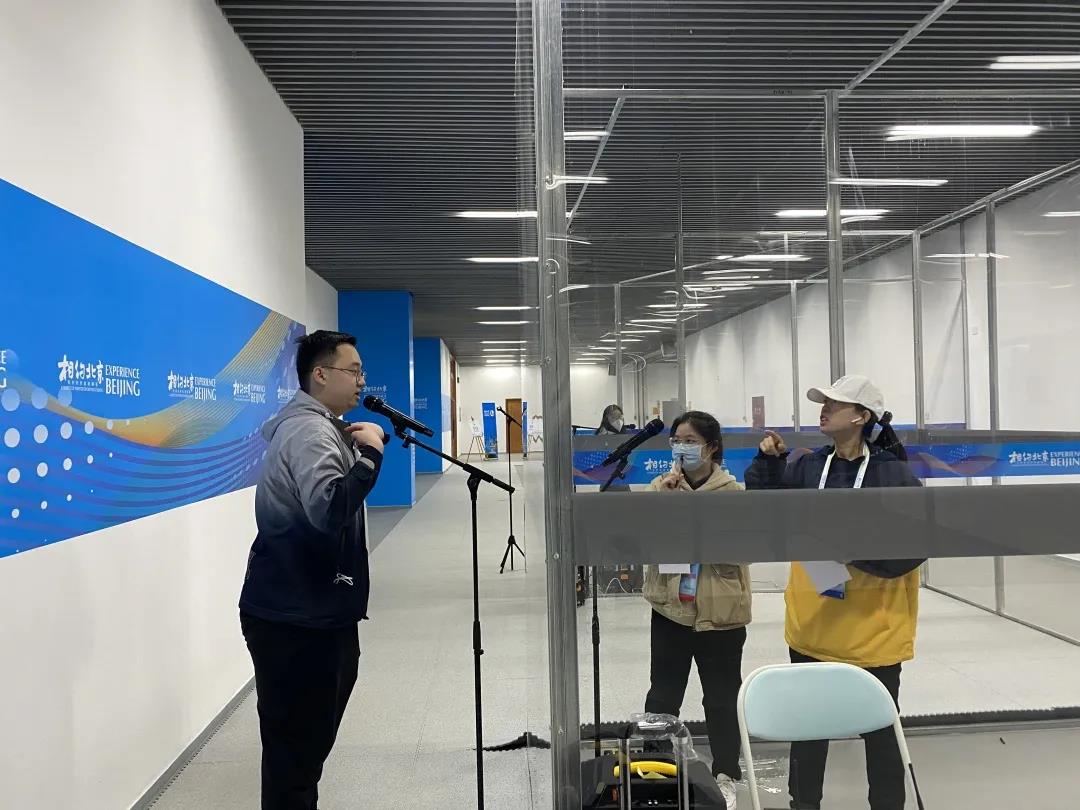 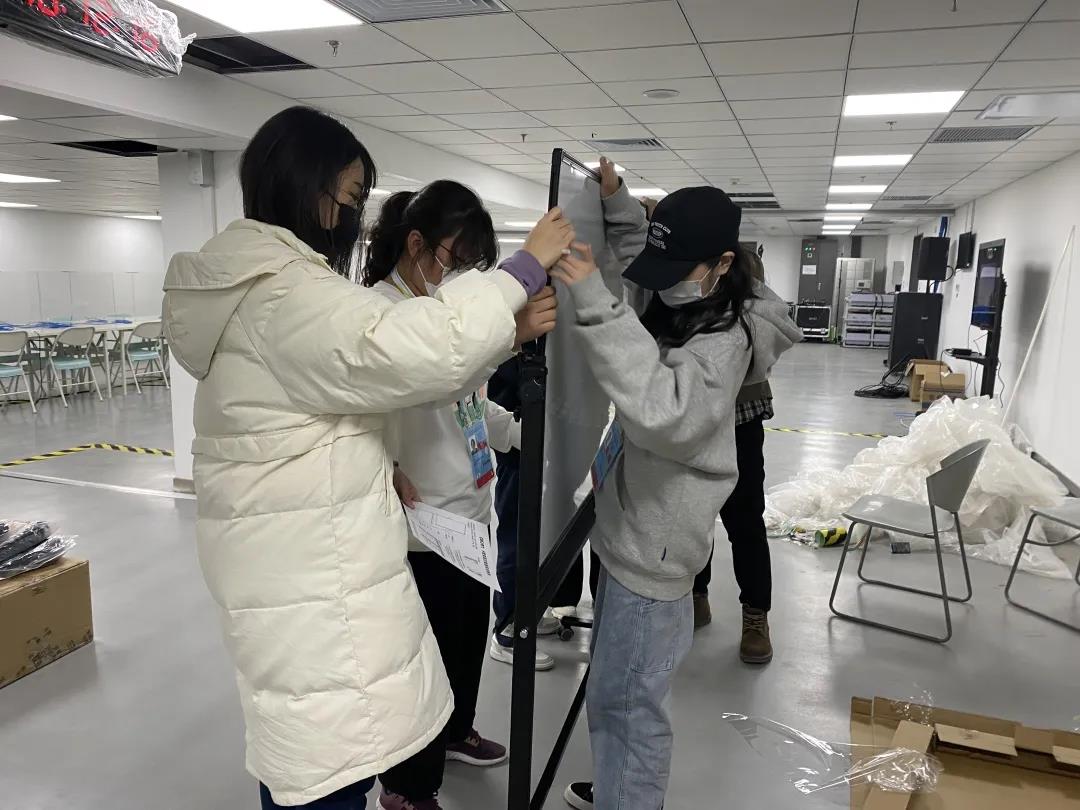 During the testing activities, the selflessness and dedication of the BSU volunteers left an extremely deep impression on the Beijing Winter Olympic Organising Committee and the venue operation team, and were highly recognised.

On April 4, the Capital Stadium, where the school volunteers were based, needed to hold a figure skating competition and short track speed skating competitions on the same field. According to the schedule of the Beijing Winter Olympic Games, the Capital Stadium was the only venue that had to switch venues on the same day. The changeover between the figure skating and short track venues was also a key practice for the operations during this test event. Ding Liting, the volunteer manager of the Capital Stadium Complex Operations Team, fully acknowledged the performance of the 20 volunteers from Beijing Sport University who were involved in the ice transition, "It was a demanding job for them, but these kids got the job done well every time." 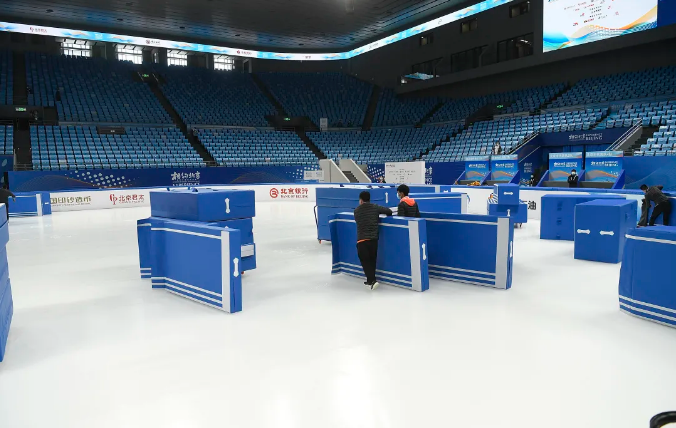 During the ten-day volunteer service, the volunteers carried forward the spirit of the times of "mission on the shoulders, fighting with me", practiced the volunteer spirit of "dedication, friendship, mutual help and progress", brought their professional skills into play, actively served the needs of the event with a high sense of responsibility and mission, and contributed to the successful holding of the ice event testing activities of the "Experience Beijing" series of winter sports events, showing the style and commitment of the young people of the Beijing Sport University.

With the letter from General Secretary Xi Jinping to all the students of the school's 2016 graduate championship class still ringing in their ears, the teachers and students of Beijng Sport University will take the lead and work hard with the spirit of the times of "mission on the shoulders, fighting with me", and continue to strive in the steady progress of the Winter Olympics preparation and the great journey of building a strong sports nation.