In 1986, Zhang Liwei, then the Chief Coach of the Beijing Junior Table Tennis Team, resolutely decided to apply for a master’s degree in Education (Sports Psychology) at Beijing Sport University (BSU) due to interest, and successively studied under Professor Ma Qiwei and Professor Tian Maijiu. He began to study for a doctoral degree at BSU in 1995 after successfully obtaining a master’s degree in Education (Sports Psychology). In 1997, Zhang Liwei was admitted to Chinese University of Hong Kong for a doctoral degree in the Department of Psychology, School of Social Sciences.

Zhang Liwei enjoys his work very much as a university teacher. He said, “There will always be unknown students who greet me warmly with a bright and pure smile which is the most beautiful in the world every day when I walk on the campus.” He has always adhered to his original intention as a teacher over these years. He often said, “I will always be the ideal teacher in my opinion.” 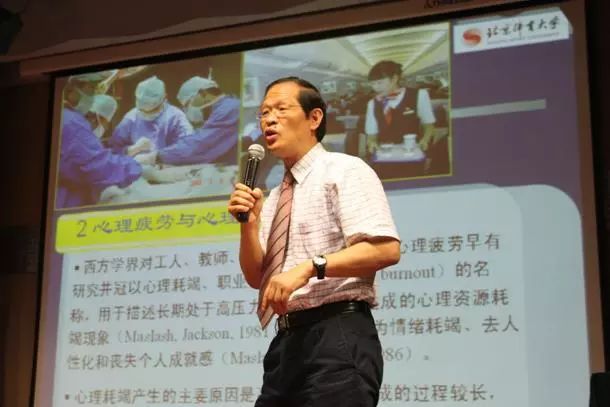 As a teacher, Zhang Liwei has strict requirements on students and reviews rigidly the homework of students. The homework scraped together in haste is always rated failing. He often jokes about the highest failure rate of students for his own course at BSU, but he was gratified by the possible largest proportion of auditors for some of his courses. What Zhang Liwei has always been adhering to in the teaching and research is to “focus on the most cutting-edge research and teach the students the latest knowledge”. He has kept good study and work habits for many years and always paid attention to the latest achievements in the field of international psychology. Up to now since 2005, he has insisted on convening students to hold a two-and-a-half-hour reading meeting every week to study and discuss the papers in journals and magazines and analyze the problems in the students’ own papers. Zhang Liwei exchanges freely with his students at the reading meeting to discuss mostly the latest international research results and academic trends, etc. He asks students to raise their standards and broaden their horizons, regularly read the psychology papers published in top international academic journals such as Science and Nature, and learn more from their parent disciplines.

As a scholar, Zhang Liwei has published many works and papers of great influence in the field of sports science and technology. He has also won several provincial and ministerial-level awards for scientific research and teaching achievements. Sports Psychology, the national planning textbook in the “Eleventh Five-Year Plan” edited by Zhang Liwei as the first author, was rated as a high-quality textbook for regular higher education; To Carry Forward the Spirit of Science and Adhere to the Idea of Quality: Hierarchical Teaching and Content Updating for the Course of Research Methods of Sports Science won the first prize of the Teaching Achievement Award of General Administration of Sport of China.

Zhang Liwei has served the society with his own discipline advantages and consciously fulfilled the mission of “contributing more to a country strong on sports and transferring more positive energy to the society”, since the Sydney Olympic Games in 2000. He has adhered to the belief for many years that the theory and practice of Sports Science should be transformed eventually into the propulsion for exercise training, and took charge of the psychological training and counseling for Chinese tennis team, rhythmic gymnastics team and freestyle skiing aerials team for a long term. In the last three months during the preparation for the Beijing Olympic Games, Zhang Liwei stayed in the rhythmic gymnastics team every day to provide psychological counseling at any time. In order to truly understand the training atmosphere and psychological feelings of the athletes during the preparation of the Chinese freestyle skiing aerials team for the Vancouver Winter Olympics, he once watched the training lessons of the athletes in the severe cold of -34℃ in Arxan Skiing Resort, and also shoveled the snow, filled the pits and repaired the platform laboriously together with the athletes and coaches. Zhang Liwei said, “Only when we get along with the athletes day by day and share their pains and hardships can we understand their psychological states and better provide psychological training and counseling.” Zhang Liwei joined the Chinese Support Team for Pyeongchang Winter Olympics all the way as a psychologist during the Pyeongchang Winter Olympics, providing psychological support on the spot for the freestyle skiing aerials team. The Chinese freestyle skiing aerials team won two silver medals and one bronze medal at the Pyeongchang Winter Olympics, with better achievements than at any previous Winter Olympics.