On March 10,  at the 137th plenary session of the International Olympic Committee (IOC), the current IOC President Thomas Bach was successfully re-elected to start his second term. On behalf of the university, Party Secretary and President Cao Weidong sent a letter of congratulations to President Bach on the first occasion, and on March 19 , President Bach replied with a letter looking forward to continuing to promote cooperation between the two sides. 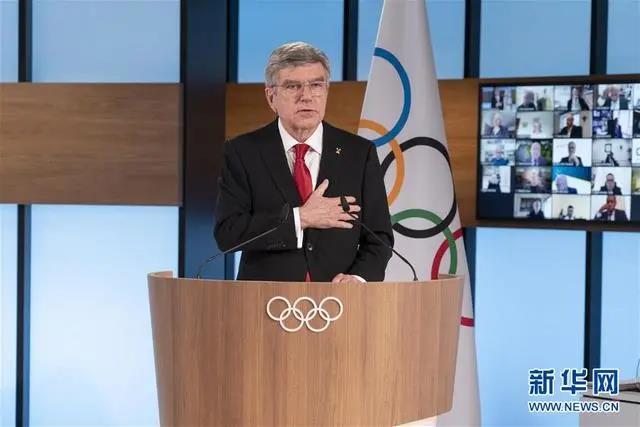 President Bach was successfully re-elected at the 137th IOC Session

In his congratulatory letter, Cao Weidong, on behalf of Beijing Sport University, extended his sincere congratulations to Mr. Bach on his successful re-election as President of the IOC and expressed his confidence that under his leadership, the IOC will continue to play a central role in ensuring the success of the two upcoming Olympic Games, even in the face of the challenges posed by the COVID-19.

The University took the opportunity to thank President Bach for his interest in and support for the development of Beijing Sport University in recent years. For a long time, BSU has maintained a good cooperation with the IOC. In April 2020, in the face of the raging COVID-19, President Bach sent a letter encouraging the University to uphold the Olympic spirit and meet the unprecedented challenges posed by the COVID-19. In May 2020, President Bach participated in writing in an interview with our research project on the impact of COVID-19 on the development of global sport, and shared his views.

BSU is currently doing all it can to serve Beijing in its preparations for the Winter Olympics and looks forward to receiving more guidance from the IOC and taking the relationship to new heights. 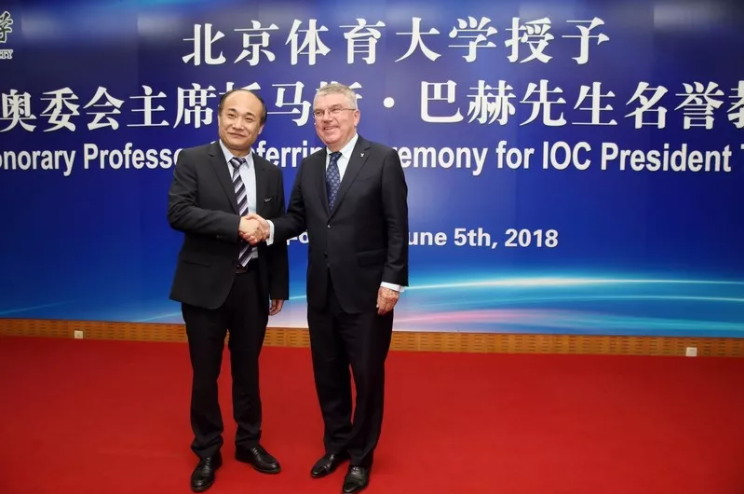 On March 19, the university received a letter from President Bach in reply. Bach first thanked the University for his letter of congratulations on the occasion of his re-election as President of the IOC and said that he was honoured to be an honorary professor at BSU and that he would continue to promote close cooperation between the two sides for a cause that they both cherish. Looking ahead to the upcoming Tokyo Olympic Games and the 2022 Winter Olympic Games in Beijing, President Bach is confident that BSU will once again play a central role in helping Chinese athletes prepare for the highlight of their lives. 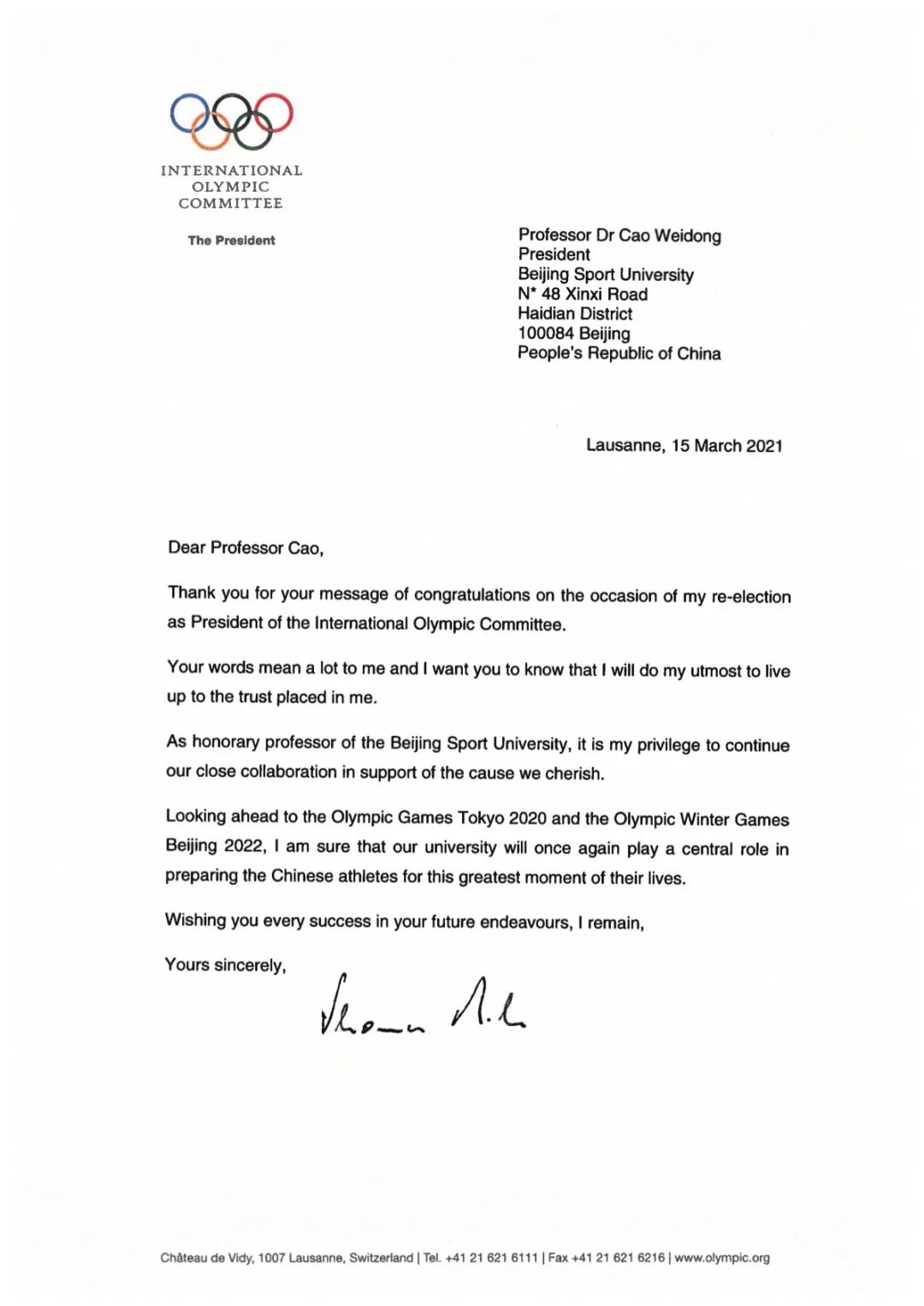