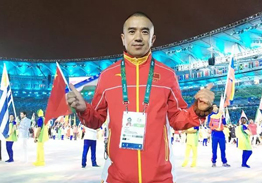 Zhou Wei, male, Han nationality, member of the Communist Party, a former national record creator in men’s 100m, now works at the Olympic Sports School of Beijing Sport University as a senior coach of the track and field sprint team. He was born in March 1976, native of Jiangxi, bachelor degree. In 2016, he was awarded the title of Model in Teacher’s Ethics of Beijing Sport University. 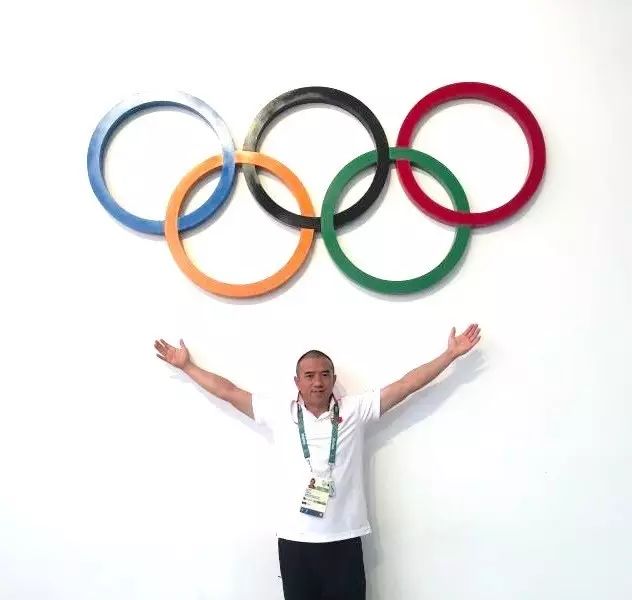 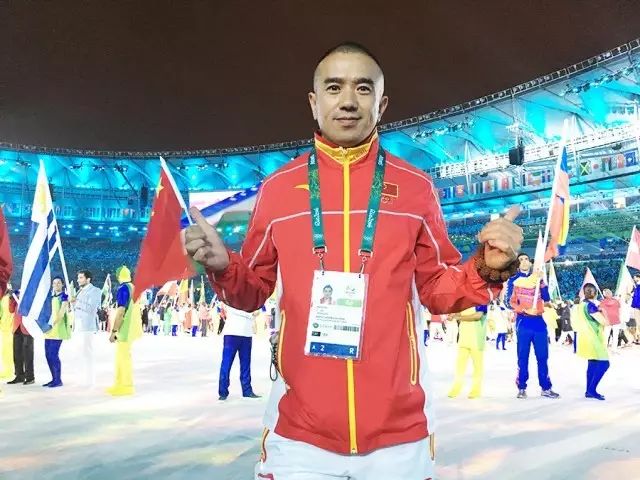 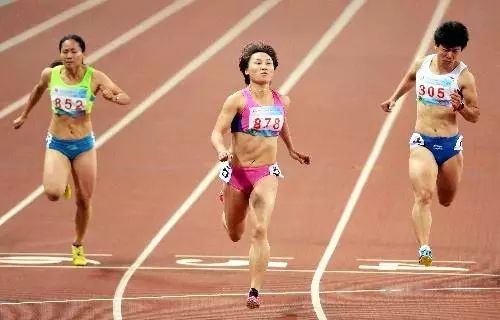 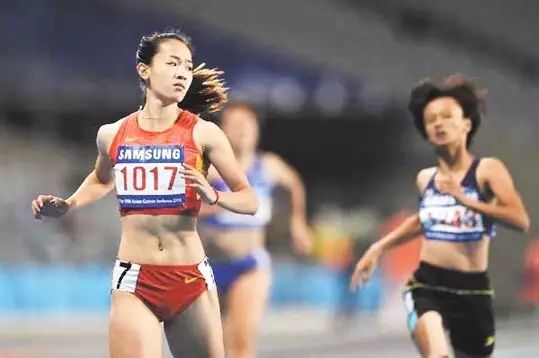 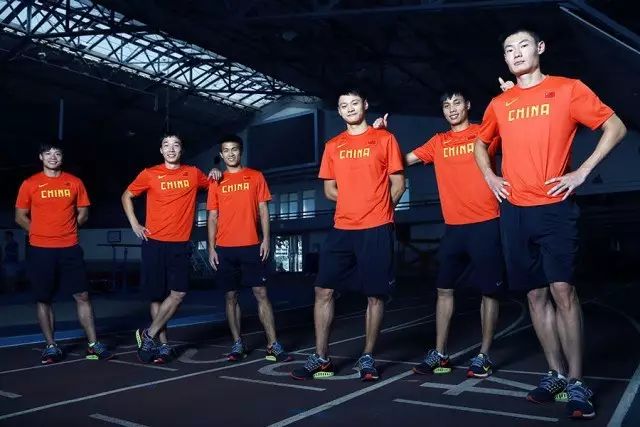 Wu Zhiqiang is the second person on the left

He has published several high-quality academic papers, such as “Discussion on the cultivation of relaxation ability in sprint”, “Research and analysis of the selection of modern sprinters”, “Syllabus of sprint training”, “Discussion on speed training of young sprinters”, “Analysis of the training plan of the sprinter Tao Yujia on preparing for the 11th National Games”, “Gains and experience of physical training in the United States”, and “Study on the training methods for the lower limb special strength of two outstanding female sprinters”.

I am a track and field coach at the School of Olympic Sports of Beijing Sport University. For a coach like me who is in the front line of teaching and training, I follow my teaching concept. As a coach, I must understand my responsibilities, always remind myself, lead the team to achieve results, and win glory for the country. As a teacher, I should set a good example and inspire my students with positive energy. Morality is fundamental, and professional ability is real skill, both of which are indispensable. 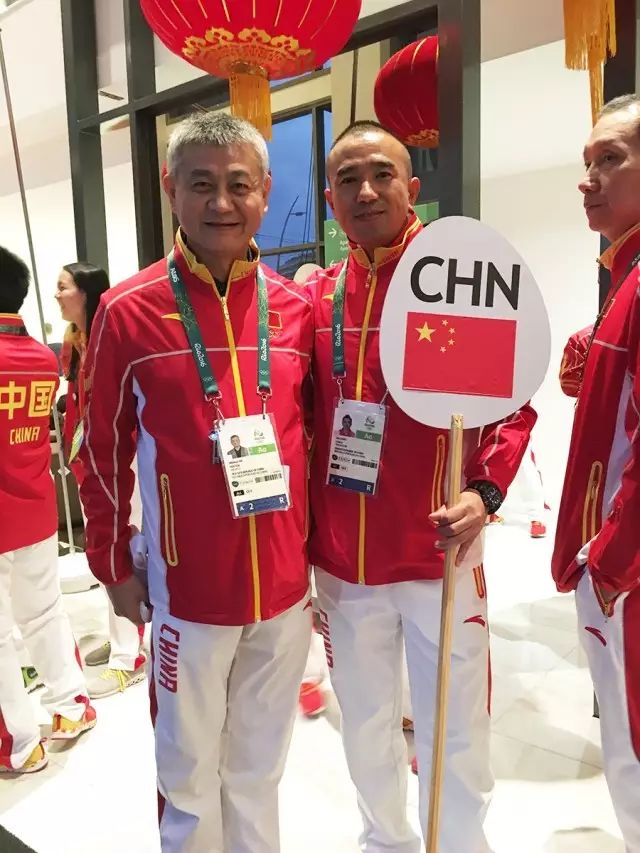 Tao Xingzhi, a famous educator, said, “Come here with passion and leave without taking anything”. This is the highest realm pursued by every teacher. For a coach like me who is in the front line of teaching and training, loving students is the greatest morality. Today, I will share with you some of my experience about morality in the training.

As the saying goes, “Whatever my status is, I will never lay aside my concern for the nation”, and “The rise and fall of the nation is the concern of every citizen”. As a coach at the BSU Secondary Sports School, I must understand my responsibilities, share the worries of the country and win glory for the country. In my opinion, it is to repay the country for its care and love, and shoulder the responsibility of training sprinters for the country. Over 20 years of teaching, I said so and taught in this way. For example, my student Lin Huijun was not in the top eight sprinters in China when she came to the BSU Secondary Sports School in the first year. Her goal was to take university entrance examination at the BSU Secondary Sports School, and she would not continue to participate in the training after passing the examination. When I heard of this, I was surprised and felt regretful and worried. Of course, girls are afraid of being tired. The fresh and colorful university life is more attractive than the training on the ground track field. Who would waste their youth on the training ground? However, after all she is an excellent female athlete with great potential. How can I persuade her to stay? To this end, I talked with her many times and encouraged her to continue training. Shortly thereafter, she won the fourth place in the national competition in 2011. She became more confident, and no longer mentioned about not participating in training. In 2016, she participated in the Rio Olympic Games. It is the love of the sports cause of the motherland that makes me try my best to persuade those athletes who may be lost.

As the saying goes, “Love is the soul of education, and there is no education if there is no love.” Being full of love for students and responsible for the future of students is another experience in teaching. For the athletes who just go to college, I will talk with each of them to know what they think. Some people may say that students have different personality and pursuit, not to mention they are admitted to the university. They are adults, and they can decide their own future with no need to be led by others. But I think that since I am their coach, I am their second parent. In the most critical time of life, and I should help them when they need help. I want to teach students trust and guidance as well as skills.

As the saying goes, “It takes a good blacksmith to make steel”. For me, the teacher’s morality is a self-discipline spirit, which reflects my love for students. I am very self-disciplined. When I came to the BSU Secondary Sports School in 1992, I completed the training tasks on the day with quality and quantity guaranteed in accordance with the schedule. When I was in university, I did not stay up late or participate in others’ entertainment activities, instead, I lived a regular life, and I ate, slept and received training on time. Being conscious and concentrated is the power that supports me to win the championship. After I became a coach, I taught my students that this belief is fundamental. As coaches, we should set good examples, and also require our students to be conscious and concentrated.

In scientific research, by exhaling the old and inhaling the new, and learning widely from others’ strong points, I improved my teaching ability and level constantly. As the saying goes, “To give a student a glass of water, you must have a bucket of water”. I collect domestic and foreign frontier information, and link it with the teaching practice, to mobilize the students starting from scientific training and happy training. This receives good teaching results. In addition, I write some papers on what I do and what I think in teaching for your reference. Improving in summarizing and testing in practice is a magic weapon for my scientific teaching and research.

Some people say that there must be a family behind every successful man. In order not to affect the training and competition, my wife manages household affairs. Also, leaders from the BSU Secondary Sports School and the university provide me with assistance and support. I think it is my duty to love my work and win glory for the country because I am cultivated by the country. The previous glories have already passed. Looking forward to the future, I will continue to move forward and strive to achieve outstanding results in the 2020 Tokyo Olympic Games.