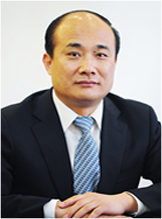 Secretary of the Party Committee of BSU

Cao Weidong, Han ethnicity, was born in May 1968 and is from Funing, Jiangsu Province. As a member of the CPC with a doctoral degree, a professor and doctoral supervisor, he serves as the Secretary of the Party committee of BSU, Director of the Sports Officials Training Center of General Administration of Sport of China (GASC), Dean of the School of Coaches of GASC and Vice President of the Party School of GASC.

He graduated from the Department of Spanish Language and Institute for Comparative Literature and Cultural Studies of Peking University, Graduate School of the Chinese Academy of Social Sciences and Department of Sociology of Goethe University Frankfurt.